Wiltshire Citizens Advice employs around 60 people and has the support of more than 50 volunteers.
Each year around 18,000 people turn to us for help and advice.
Our trustees, supporters, funders and partners are also essential to the success of our work.

Our board of trustees is collectively responsible for the governance of the organisation and guides the direction and strategic management of Wiltshire Citizens Advice. 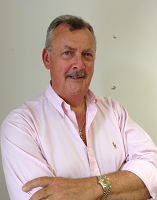 Barrie Driscoll became involved with Wiltshire Citizens Advice (WCA) as a Trustee in 2018 and after attending a number of meetings, became a Trustee in May and has taken over the role of Chair of the Trustees as of July 2019.

He joined the Mars Group and spent 14 years working within three of their European companies within middle and senior marketing and sales management roles. Following this he joined a Finnish conglomerate as Managing Director UK manufacturing and packaging operations. Five years later he joined the Racal-Chubb-Vodafone group as Marketing and Sales Director of Chubb Electronic Security, and covered a number of roles and responsibilities. He moved into the role of European Managing Director of Chubb Lock and Safe operations before the global operations were sold to a Swedish Group. He joined the Swedish Management team and moved to Gothenburg and Paris to successfully integrate their global operations before returning to the UK.

In 2004 he moved into management consultancy and worked with a number of companies, mainly within ‘turn-around’ roles. In 2010 he joined the PSE/Britax management team and helped them to sell their global operations to a USA group. He retired from full time corporate life in 2015.

Barrie is now retired but still gets involved within management consultancy projects. He is married and lives in Devizes with his wife Cas. He enjoys DIY, walking, travel and is a car enthusiast. 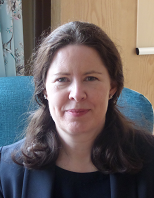 Fiona started her accountancy career in practice in Wiltshire then decided it wasn't for her and ran small businesses for the next 10 years.  However, the lure of the numbers was too strong and she now works as a Finance Manager for a charity in Dorset.

Fiona has been the Treasurer of The Friends of North Dorset Women's Refuge for the last decade and has lots of experience with charity finance including within the Church of England. Other interests include playing the piano, horse riding and poor attempts at yoga. 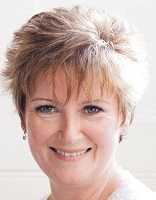 Sharon was appointed as a Trustee Board Member in 2016.  She is a member of the Chartered Institute of Personnel and Development and has worked in the area of Human Resources for more than 25 years in the public, not for profit and private sectors. She is currently a member of the People and Engagement Committee.

In 2011 she joined apetito Ltd, the leading food producer for the health and social care sector, where she is currently Head of Human Resources.  Prior to this she worked for local government in Wiltshire, holding a variety of roles including Corporate Director with responsibility for Human Resources, Customer Services and Housing. 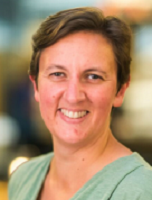 Emma is a chartered accountant with 18 years experience across varied industries including hospitality, manufacturing and asset management. She has also spent 11 years as a specialist in streamlining processes and implementing best practices across organisations.

Having left a full time job in February 2018 to pursue other opportunities, Emma now has a successful business of her own, working with large PLC’s down to family run businesses, providing reporting, analysis, systems consultation and H&S advice. 6 months in, she already employs two people- much to her surprise!

Outside of work she is the Chair of a small children charity called SGH Trust, which was set up to provide at risk children and children living in disadvantaged areas with healthy holiday experiences via our Small Group Holiday Programme, working with children and schools in Bristol.

She has completed a 500 mile bike ride across Vietnam and treks along a section of the Great Wall of China and the Himalaya in northern India and Nepal to raise money for charity; has completed NGO work placements in Cambodia and Haiti, and is now turning her attentions to WCA.

Dominic joined Wiltshire Citizens Advice as a trustee in 2018 and is a member of the Finance and Business Development Committee. Dominic is a corporate financial adviser for an international consultancy and specialises in financing of renewable energy assets. He has lived in Wiltshire for twelve years.

Away from work, his interests are politics, football and travelling; he is also a keen musician whose enthusiasm is unencumbered by talent. 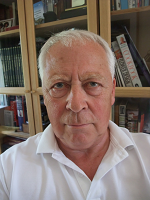 David became a Trustee of Wiltshire Citizens Advice in May 2019 after a period as an observer and prospective candidate.

He qualified as an architect in the late 1970's whilst working in the Architect and Civil Engineer Department of the BBC. This employer was preceded and followed by a variety of private practices and large organisation's in-house architect or property development departments.

Retired since 2008, he enjoys a number of activities including art, walking, gardening and travel.

David and his wife moved to Wiltshire in 2010 to be closer to their family. 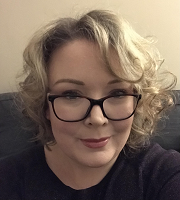 Fiona was appointed as a Trustee Board member in 2021 and is a member of the People and Engagement Committee. A former diplomat with the Irish Foreign Service, she moved to Wiltshire in 2016 and now works as a manager with the Medical Research Council in Swindon. Her background is in community advisory services, government policy, HR, and strategic management. She spends most of her time outside work parenting, reading and (pandemics permitting) attending live music and comedy events.

Parvis joined Wiltshire Citizens Advice as an adviser in 2018 and became a Trustee subsequently, after 18 months. 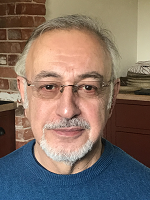 A chartered accountant with a background in management consulting, technology and project management, Parvis spent over 25 years as consultant and adviser in the financial services and investment sectors. He retired and moved to Wiltshire in 2016.

In addition to his trusteeship at Wiltshire Citizens Advice, he is a member of the Board of Wessex Archaeology where he is also Chair of the Risk and Audit Committee.

He lives in Shalbourne and enjoys archaeology, history, cycling and travel.